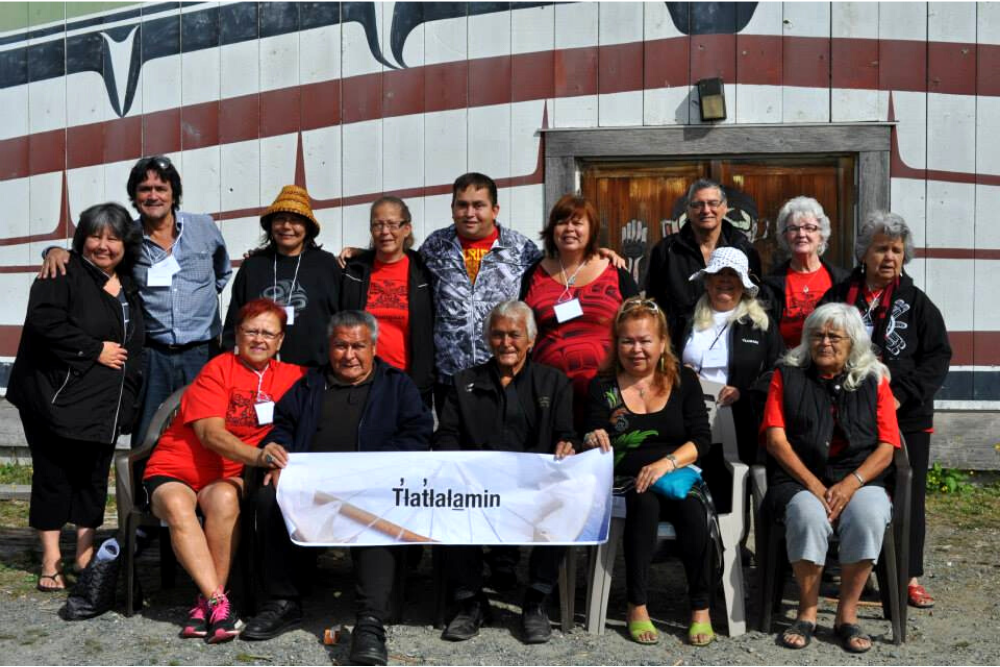 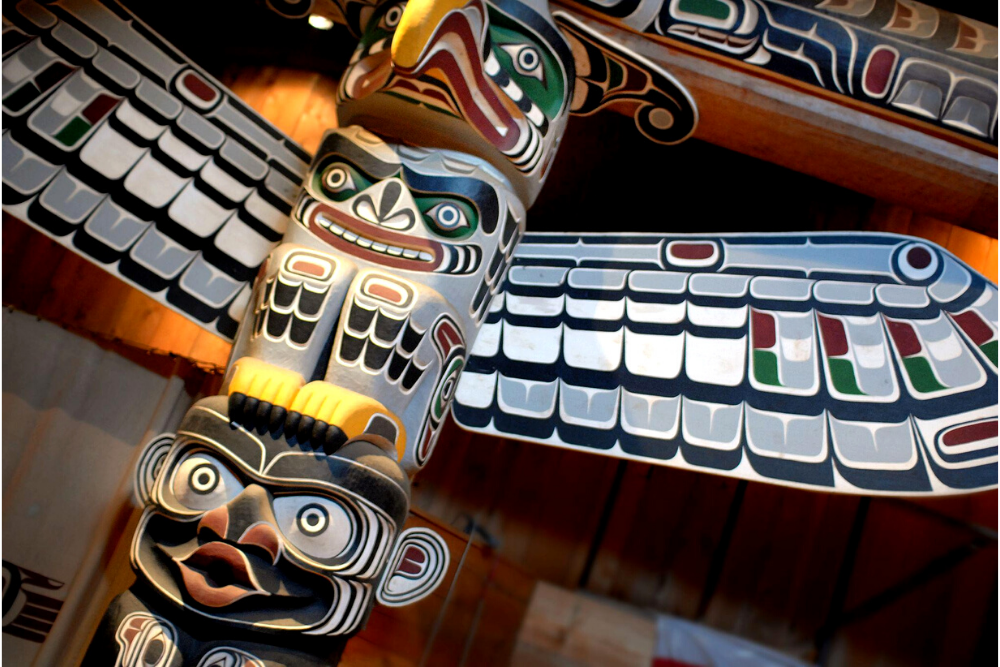 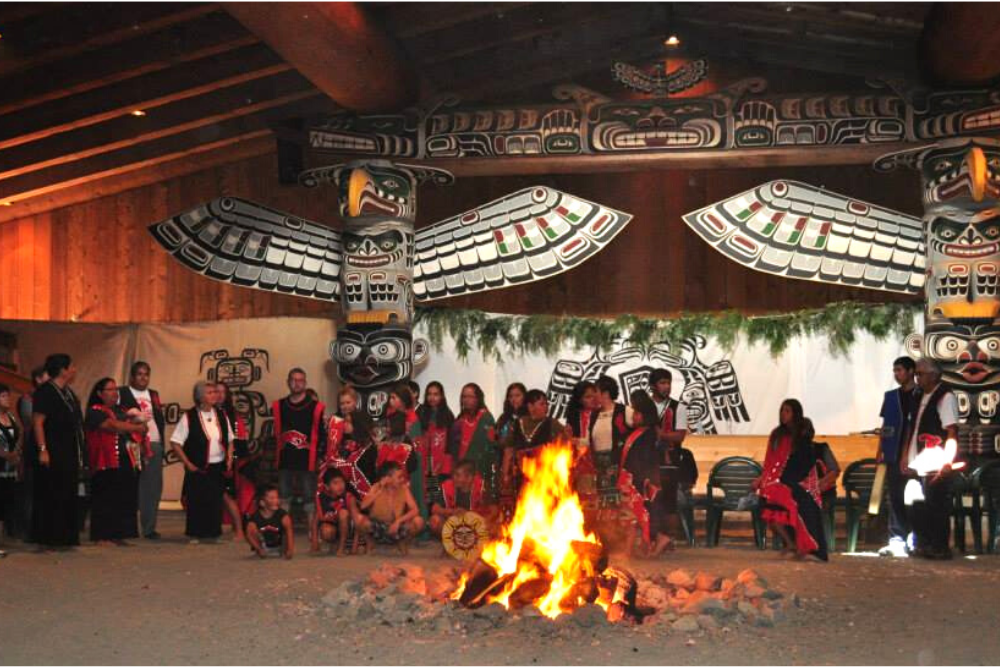 The villages of the ‘Namgis were organized into extended family units (‘na’mima) each sharing a single Big House. The ceremonies and rituals of the Potlatch regulated all aspects of ‘Namgis social life. Central to that social life was a reverence for the natural world. For example, when taking and using anything of the natural world the ‘Namgis always thanked the spirits inhabiting those things for giving themselves up for use by the ‘Namgis. The first European settlement and the establishment of a non-aboriginal economy amidst the ‘Namgis began in the 1880s. The first industry to be established was a fish saltry at Alert Bay on Cormorant Island. Since that time the ‘Namgis have been intimately involved in virtually every part of the economic life of the North Island. It was as a result of their involvement in the local economy and as well as the influence of missionaries, that the ‘Namgis people have since abandoned their village at Xwalk at the mouth of the Nimpkish River. The ‘Namgis now reside at their village called ‘Yalis at Alert Bay. The traditional territory of the ‘Namgis and the resources contained therein continue to be a vital part of their culture and social life today.