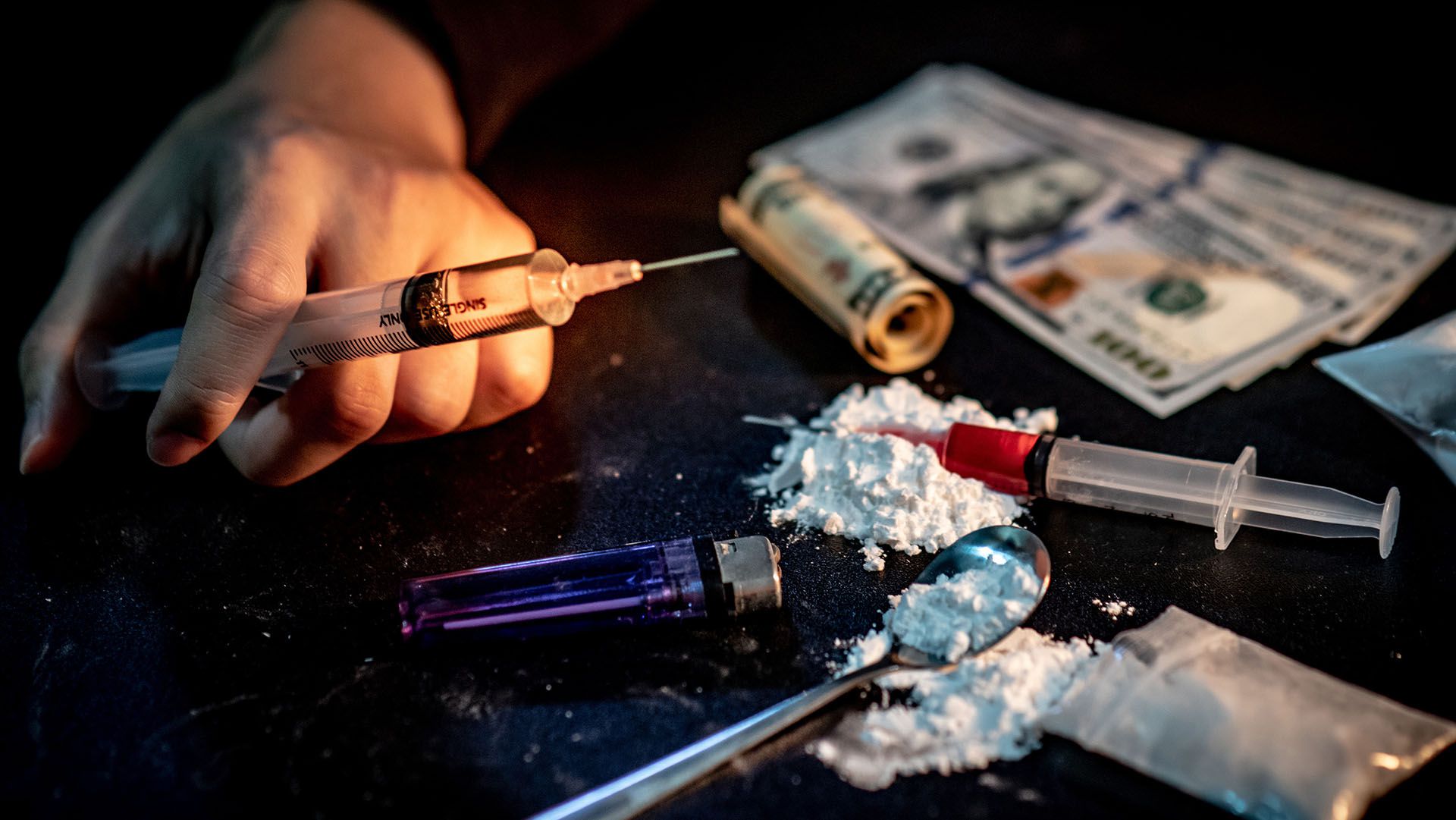 Indigenous communities in Canada continue to suffer from the negative ramifications that have accompanied generations of poor and unjust treatment at the hands of the country’s government and other institutions. From colonization to residential schools, the systematic mistreatment of the country’s Indigenous populations has undoubtedly been a driving factor in the group’s abnormally high present-day rates of addiction, incarceration and death. In cities like Winnipeg, we see some of the worst cases of addiction and violence in Indigenous communities countrywide—a stark reminder that significant and immediate ground needs to be covered in order for the country to begin to make good on the promises set forth by the Truth and Reconciliation Committee of Canada’s 2015 Call to Action.

The document outlined 94 specific calls to action centred around Child Welfare, Education, Language and Culture, Health and Justice. Of particular interest to the addiction rates in Indigenous Communities is Point 19 in the charter’s introduction which issues the following call to action:

We call upon the federal government, in consultation with Aboriginal peoples, to establish measurable goals to identify and close the gaps in health outcomes between Aboriginal and non-Aboriginal communities and to publish annual progress reports and assess long-term trends. Such efforts would focus on indicators such as infant mortality, maternal health, suicide, mental health, addictions, life expectancy, birth rates, infant and child health issues, chronic diseases, illness and injury incidence, and the availability of appropriate health services.

Drug addiction issues amongst First Nations communities aren’t exclusive to Canada’s west coast, either. In Winnipeg, which has amongst the largest per-capita First Nations populations of any major city in the world, drug and alcohol addiction run rampant. The city is experiencing a crystal meth epidemic that doesn’t appear to be going away. In a 2018 CBC article the executive director of Winnipeg’s Indigenous Family Center, Michele Visser said that “the number of people using it is growing, and it’s like a tidal wave that’s just starting,” after she had to reduce the hours of operation due to a client on meth causing significant damage.

Alongside high rates of dangerous drug use, alcohol abuse is a massive concern in Indigenous communities countrywide. According to the “Aboriginal Peoples: Fact Sheet for Canada,” available on the Stats Canada website, the rate of heavy drinking for peoples 12 years and older is 39% for Inuit, 35% for off-reserve First Nations people and 30% for Métis, compared with 23% of non-Aboriginal people. Overall, 43% of the off-reserve First Nations population had reported heavy drinking in the past year, along with 40% of Inuit and 38% of Métis.

As we’ve briefly noted, many of these issues can be closely tied to intergenerational trauma experienced by the country’s First Nations peoples. While addiction issues are particularly concerning in communities like Winnipeg, the majority of Canadian Indigenous populations remain concerned about addiction within their communities. This was demonstrated in the First Nations Information Governance Centers’ national longitudinal health survey conducted from 2008 to 2010. 83% of respondents’ communities said that alcohol and drug abuse on reserves was their primary concern for community health.

Because these issues are so deeply rooted in history, it’s senseless to talk about them without at least examining some of those causes a bit more in-depth. Obviously, nowhere near the extent of the circumstances or factors that led to Indigenous addiction issues in Canada can be covered in full here, but if magnify at least some of the primary inciting incidents, can help us create a better understanding of how and why things are the way they are. And, hopefully, that understanding can lead to positive change in some form or another.

The Royal Commission on Aboriginal Peoples groups colonization in Canada into four categories; Separate Worlds (up to 1500 AD), Contact and Cooperation (1500-1870), Displacement and Assimilation (1871-1969) and Negotiation and Renewal (1970-present day).

The second category, which ultimately leads up to Canada’s confederation in 1867, had a clear impact on alcohol addiction in First Nations communities. French and European fur merchants traded spirits and alcohol with their Indigenous counterparts, despite terrible consequences that quickly became visible within their communities. In a 1662 letter, the French-born bishop of Quebec describes alcohol’s effect on local Indigenous people of the era:

The village or the cabin where savages drink spirits is an image of hell: fire is flickering about on all sides: they hack away with axes and knives, spilling blood everywhere; everywhere are heard dreadful yells and howling. They are at each other’s throats, they rip each other’s ears off. The father and mother throw their little children onto hot coals or into boiling cauldrons.

Two centuries later, the exploitation of those same groups continued. In 1876, the Canadian Government passed The Indian Act, which largely took Indigenous lives out of their own control and put them into the hands of the state. The overall purpose of the act was to assimilate aboriginal communities and culture into the European and settler ways of life. The act made it illegal for Indigenous people to practice religious ceremonies like potlatch, and it also discouraged cultural celebration through things like powwows and Sun Dances. One of the ghastliest provisions in the Indian Act forced the country’s Aboriginal people into residential schools and out of their communities beginning in 1894, an action that continues to have a resounding impact today. Contemporary issues like drug addiction and substance abuse in current Indigenous communities are deeply connected to the residential school system and its repercussions and have been described repeatedly as a factor in as much by survivors of the school system.

At the peak of the residential school system, there were 80 different institutions operating across Canada and it has been reported that over 150,000 First Nations, Inuit and Métis children attended the schools and around 6,000 children died in them. These schools were government-sponsored but run by churches that eschewed Indigenous beliefs, culture and religion and aggressively attempted to coerce attendees to adopt their own belief systems instead. Children were forcibly removed from their parents to attend, segregated by gender (meaning that many were separated from their siblings, too), stripped of their traditional clothing and told not to speak or write in their native tongues. Common forms of forced coercion included beatings, stern punishments and in many cases worse. 40% of students who attended these schools said they were sexually abused while 70% say they were verbally and physically abused, according to a 2018 survey.

Shockingly, the last residential school only closed its doors in 1996. And, while a great deal of Canada’s First Nations population that attended these schools has now passed on, their legacy continues for their children and grandchildren, as evidenced by that same 2018 survey. 1 in 4 teenagers that lived on reserves at the time of the survey and had a parent that was subjected to residential schools had considered suicide compared with 1 in 10 who didn’t have a relative that attended. Furthermore, the survey also indicated that residential school survivors or those whose parents or grandparents attended also had higher rates of binge drinking and drug use, including marijuana and opioids.

Where Does This All Leave Us Today?

We’ve explored some of the reasons behind the high rates of alcoholism and addiction in Canada’s current Indigenous communities, but there’s so much more to the story. The struggle for reconciliation continues today and is nowhere close to settled or accomplished. Aboriginal men and women make up 23% of the Canadian Correctional System, many of whom landed behind bars due to drug and alcohol use and abuse. To put that into perspective, Aboriginal Peoples only make up around 4% of the overall Canadian population, but almost a quarter of the country’s federal inmate population is First Nations, Inuit or Métis.

Within that inmate population, we can further access some insights related to drug addiction among Indigenous populations. In 2014, Correctional Services Canada conducted a study on several of its female offenders, both Aboriginal and non-Aboriginal. 94% of the Aboriginal offenders surveyed identified a substance use issue compared with 71% of the non-Aboriginal offenders. Adding to that, 61% of those Aboriginal substance abusers were classified as “substantial/severe” in their misuse compared to 34% of the others.

Addiction within Indigenous communities is undoubtedly a complex issue. The root causes of the high rates of both drug and alcohol addiction in today’s First Nations communities from British Columbia to Alberta and on to Manitoba date far back into the country’s history. And, some of the byproducts of this mistreatment and deeply upsetting lineage can be found in similarly high rates of incarceration, mental health issues and even death. So, the question remains: we can’t change the past, so what can we do about the present situation? Well, education is at a premium for one thing. We can continue to explore and understand the history of this complex issue and how it has progressed and evolved into the current situation we see today. Even better, volunteer in your community and strive to be a part of that positive change and reconciliation we seek to see in Canada. No effort is too small and no attempt to make the world a greater and more connected place will go unnoticed in the long run.

Addiction Relapse Prevention Previous Addiction in The LGBTQ Community Next