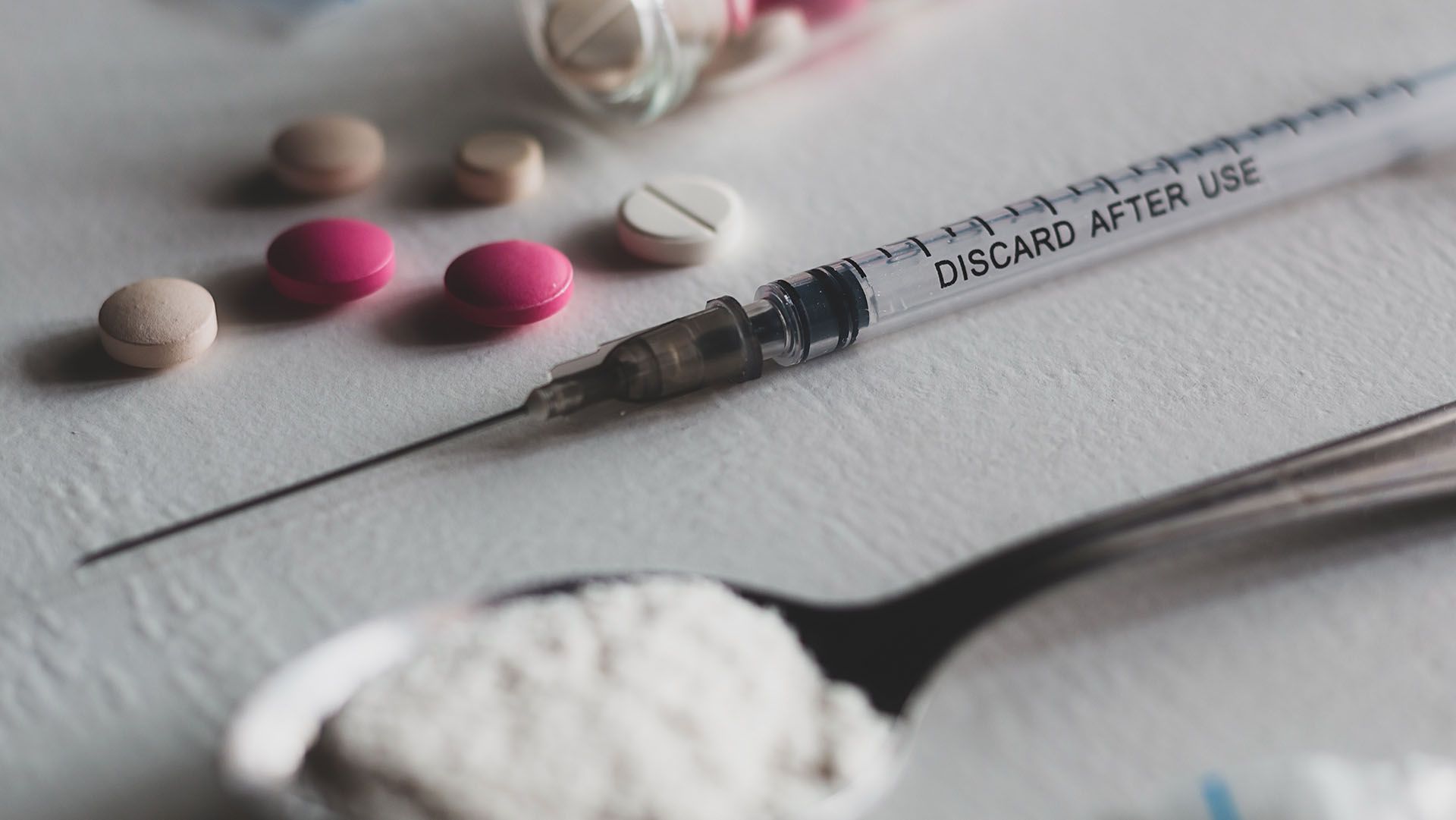 Every year, nearly 25 million people develop a drug addiction for which they need treatment. But less than 10% are able to seek the help they need. Drug addiction is riddled with misunderstandings, smear campaigns against addicts, and outright lies about what the disease of addiction is and isn’t. If you’re overwhelmed by the prospect of getting sober, don’t know where to turn for help, or are desperate to help a struggling family member or friend, here are 10 drug addiction facts you need to know.

Television and movies often portray drug users as deeply damaged, disturbed, and even evil people. And to an outsider, it certainly looks like drug addiction is a choice. Addiction, though, is not something over which the addict has any control. This is why treatment is so important, and why you can’t shame or punish an addict into getting the help he or she needs.

Instead, drugs begin changing your brain and body from your first use. The first step on the journey to addiction is chemical tolerance. As you use drugs more frequently, your body tries to protect you from the effects of these drugs by reducing the intensity of the high you feel; this is the same phenomenon at work when a drinker is able to drink more beers than he did when he first turned 21.

This process of tolerance often gets drug users to use even larger quantities of drugs to get the high they once got with a lower dose. Fro there, it’s just a few short steps to chemical dependency, which changes your brain chemistry and convinces you that you need drugs and alcohol just to stay alive. The desperation this dependency can product heps explain why drug addicts will do just about anything to get their next fix; they really do believe they might die, or cease to function, without the drug. And this belief rests at the heart of the disease.

Alongside the notion that drug addicts are damaged, dangerous people often rest the idea that drug addiction is not really treatable. We’ve all heard the saying “once an addict, always an addict.” But addiction is every bit as treatable as diseases such as diabetes. It’s just that treatment may take the rest of your life; you’ll have to take steps to avoid temptation forever, but once you get past the initial hurdles of detox and frequent cravings, you’ll be well on your way to permanent sobriety.

Treatment should be tailored to meet your needs and treatment goals, but all good treatment programs include therapy, supportive medical care, family programs, and help setting and working toward sober living goals such as getting more exercise or eating more healthy, balanced meals.

Drug Addiction Fact 3: Relapse is Part of the Journey

About half of drug users relapse, many of them more than once. This fact alone should convince you that drug addiction is a serious disease that demands and warrants skilled and compassionate treatment. Indeed, relapse is so common that many addiction professionals say that relapse is a part of the journey. There’s also plenty of evidence to suggest that relapsing actually helps you stay sober, since every relapse teaches you important lessons about your personal triggers for use and abuse.

When the specter of relapse looms large, it’s easy to feel hopeless. But the truth is that the right recovery program can greatly reduce your risk of relapse, and our program offers a limited guarantee so that you know your time, money, and efforts were well-spent.

Drug Addiction Fact 4: Legal Drugs Can Be Dangerous, Too

Research consistently suggests that people just don’t believe that prescription drugs and legal drugs such as alcohol are dangerous. But these two drug classes are actually the leading cause of drug-related deaths. Prescription drugs kill more people than all other drug classes combined, and alcohol’s death toll is almost 100,000 people each year. It doesn’t matter if the drugs you’re using are legal. They can still be addictive, and potentially deadly.

Once you’ve become addicted to a substance, you’ll never be able to use it again—at least, not without reigniting your addiction. The right recovery program can teach you the simplest ways to fight this battle, but here’s the simplest and most useful piece of advice you might get: if you steer clear of other addicts and refuse to try drugs again, even once, then you won’t reignite your addiction.

Drug cravings can be so intense they provoke thoughts of suicide, but this doesn’t mean you’ll have to live with them forever. Cravings typically peak in the first days after you quit, growing more intense for the first week or two, then steadily dropping off. If you’re able to resist the temptation to use for a few months, you may find your cravings disappear. Of course, you may still experience cravings when you’re triggered to use drugs by stress or people and places you previously associated with drug use. But every time you resist temptation, your ability to continue resisting grows stronger.

Addiction destroys families by causing the addict to prioritize drugs over all other commitments, but the toll doesn’t end there. Children of addicts are more likely to suffer a host of mental health problems, and the spouses of addicts often report a steady onslaught of abuse. Drugs and alcohol play a role in 90% of rapes, and addiction costs the United States’ economy a shocking $700 billion each year. When you use drugs, you’re harming people around you, not to mention undermining safe communities and a healthy culture.

As soon as you become an addict, drugs begin changing your brain. While many of these changes are reversible, some are not. Lasting brain damage can undermine your intelligence, produce mental illness symptoms, and of course, keep you using drugs. Early intervention if you think you might be an addict is key to combating the brain damage that results from long-term addiction.

Drug addiction doesn’t just undermine the quality of life in your family. It may also be contagious. Even when relatives aren’t genetically related, research suggests that seeing a family member use drugs can increase the likelihood that another family member will do the same.

Drug addiction infects every area of your life, which means that eventually, much of your life will revolve around the use of drugs or alcohol. This means that, if you want to get sober and protect yourself from temptation, you’ll need to look at the way you’re living, not just white knuckle your way into frustrating and difficult sobriety.

We can help you recover, but it’s up to you to take that first step. Drug addiction myths abound, but we can help you separate fact and fiction. Call Addiction Rehab Centres Canada now! 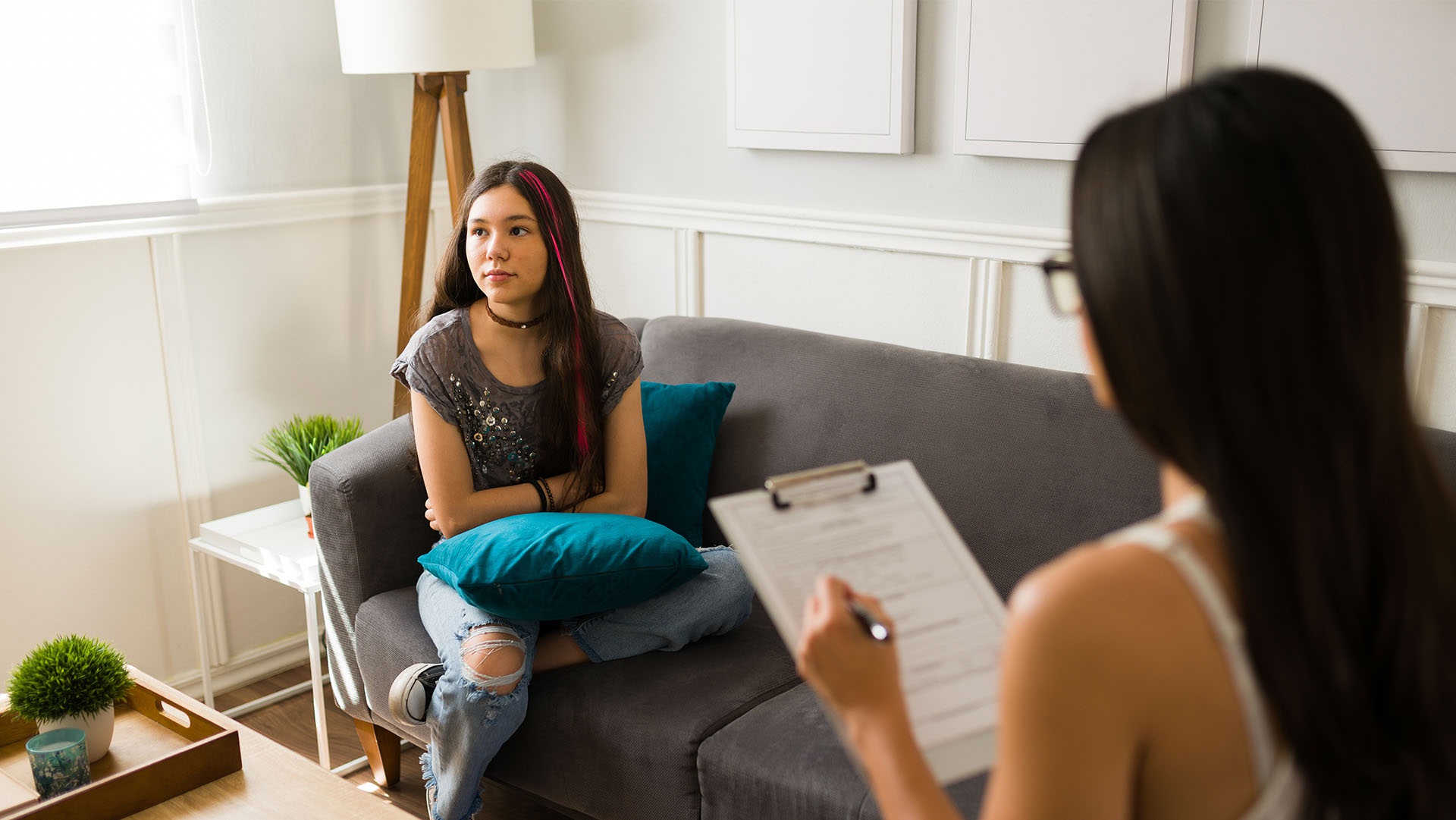 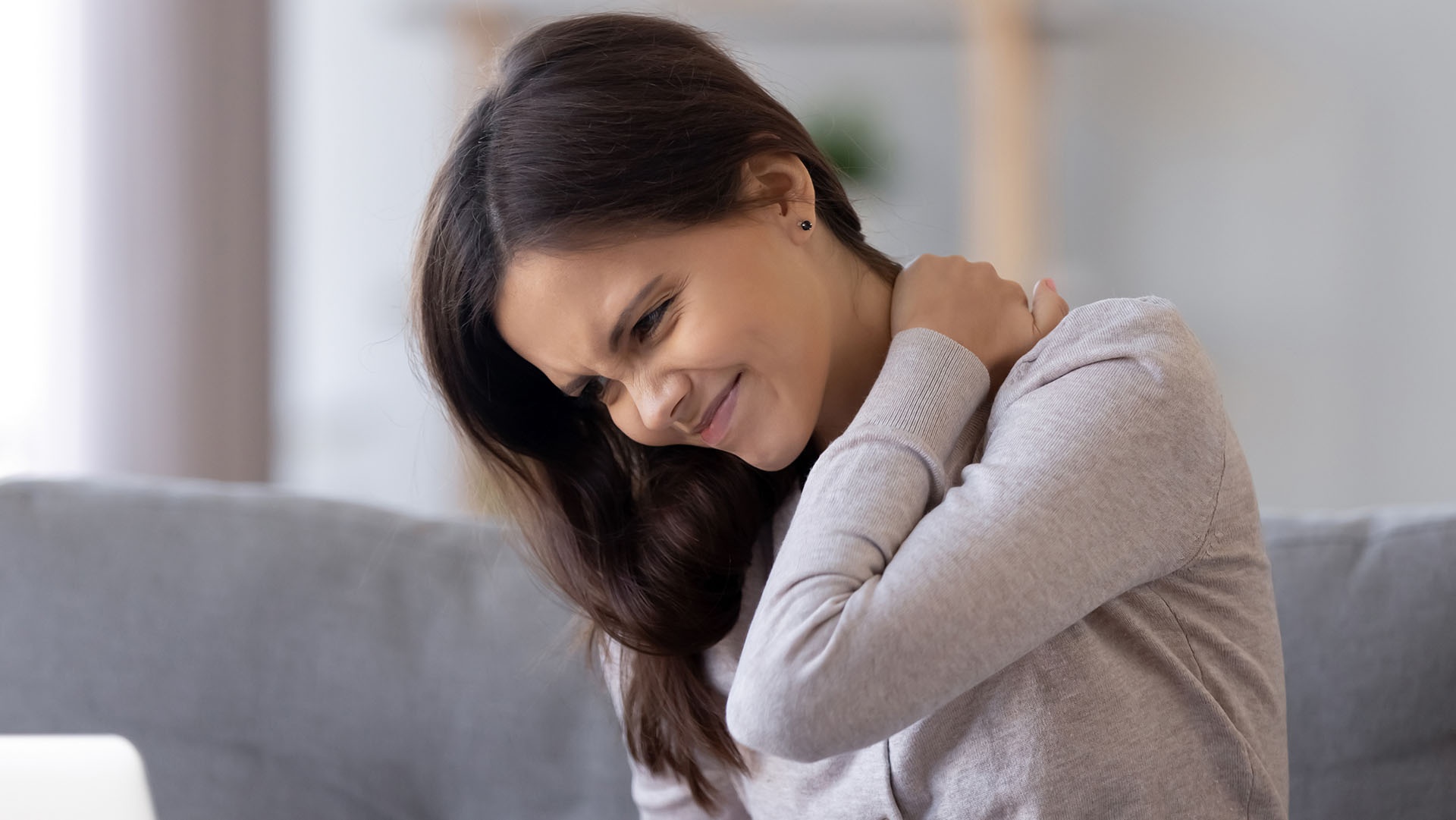 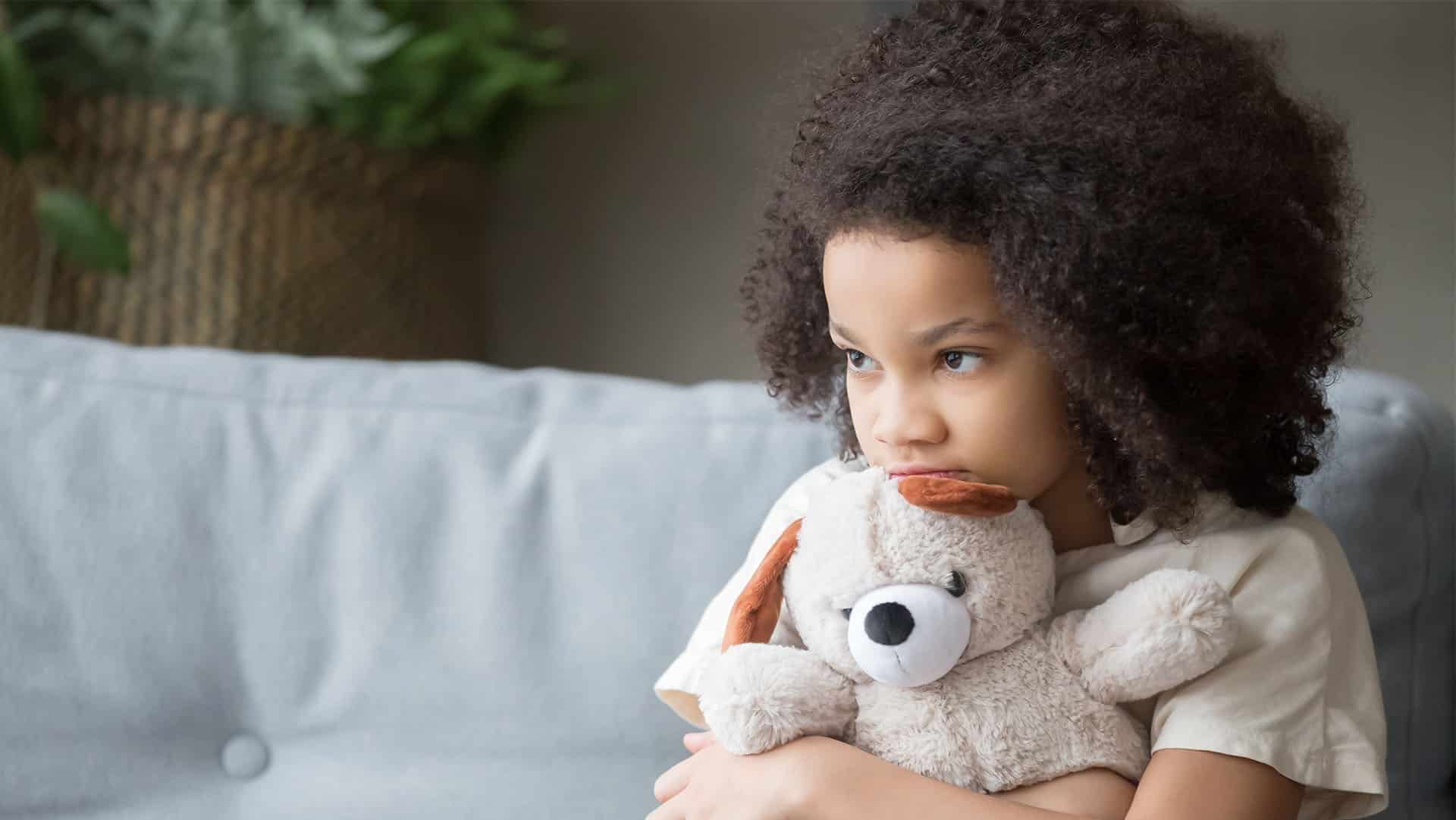